Bell's palsy is also commonly known as a type of facial paralysis. It is an idiopathic condition which is caused by the paralysis of the facial nerve (7th cranial nerve). There is no known specific cause or explanation for the development of this condition. Facial paralysis results from a lot of primary and secondary factors but, in case of Bell's palsy the facial paralytic condition remains totally unexplained. The name Bell has been given to this condition after the name of the Scottish anatomist Charles Bell.

Bell's palsy affects 0.1% of the population worldwide and involves only one nerve, the facial nerve. It should be noted here that in case of Bell's palsy, there is total loss of function of the facial nerve on one or both sides of the face. It is not merely a facial weakness as is the case with facial paresthesia and the patient is unable to eat food and drink liquids. The face on the affected side may drop down and the eyelids and the corners of the face may drop. Difficulty in hearing and facial muscular weakness may also accompany these symptoms.

Even though the symptoms of the disease are very alarming, the good thing is that the symptoms can be recovered easily establishing a state of perfect health.

The most common and obvious explanation for the cause of Bell's palsy is inflammation of the facial nerve that arises from the brain and supplies the face.

Viral infections like Herpes simplex and Chicken pox may also be the cause of the disease. The patient may have had these viral infections sometime in the past and have stayed in the nerve roots in dormant condition. In case of Bell's palsy, there may be a sudden reactivation of these viruses causing Bell's palsy.

People in the age group of 10 – 40 years can develop the disease. The occurrence is as common in males as it is in females. The disease can occur at any stage of life affecting children and adults equally.

How is Bell's Palsy different from any other cerbral lesion?

In case of Bell's palsy the only symptoms are the ones concerned with the area affected and supplied by the facial nerve. There is no sign of numbness of any other body part. This is the differentiating factor which would also let you know whether there may be an underlying pathology like stroke or not.

Prognosis of the disease

Bell's palsy has a good recovery record with most patients getting back to normalcy in a period of few weeks to months. In a very few patients, some symptoms may persist for a life time.

Ardita vata is one of the 80 vata afflictions that are purely due to an imbalance of the ethereal body energy inside the body.

Causes of Ardita Vata in Ayurveda

As we have discussed earlier that Bell's palsy is most often an idiopathic condition. In the above causes, as mentioned in the ancient Ayurveda texts, there occurs a vitiation of the vata doshas as a result of the above activities which leads to the development of the disease known as Bell's palsy or Ardita vata.

Shri Ganga Pharmacy gives a range of various herbal remedies like Bell's Palsy Care Pack for ayurvedic treatment of bell's palsy. Best quality herbs are put to use while preparing these remedies and adhering to the principles of Ayurveda. These remedies are utterly natural, pure and vegetarian. These remedies are free from chemicals, preservatives, additives and any side effects. 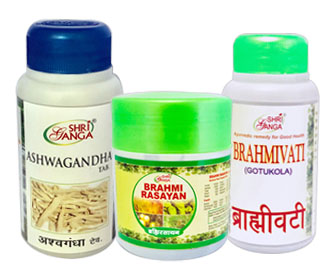